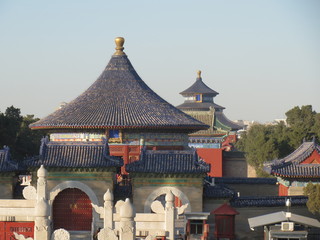 Medium sized enterprises, which buy significant quantities from China, often are exposed to risks, which are not to be reduced easily. We now kill several birds with one stone:
With a two-years-lasting project for the increase of environment and industrial safety measures we strengthened the relations to our Chinese key suppliers and could herewith raise the stability of production quality as well as the transparency of their suppliers in a relevant level. The result was a reconciliation of our purchase activities with our strong orientation towards sustainability.

We, the Brugger GmbH, built up our purchase activities with Chinese magnet suppliers during ten years, grounded on a policy of small steps. An increasing problem however was the absence of personal contacts with the suppliers and their decisionmakers. „Our relations consisted only of order-based contacts. We neither had transparency about the involved decisionmakers nor about the fact if the supplier is a producer or only a trader“, so Thomas Brugger, the commercial manager of Brugger GmbH.

Moreover, the Brugger management increasingly was wondering about environment and industrial safety protection in China. Georg Brugger-Efinger, technical manager, resumes: “We are proud of our sustainable corporate policy in many areas of our enterprise. Since 2008 we are EMAS certified, we have e-bikes as company vehicles, a CO2-neutral logistic, diverse awards in social projects and a lot more. To negate the supply chain would not have been honest with ourselves, nor with our employees and with our customers“. We therefore decided to create a project with the aim to strengthen the environment and industrial safety protection in our chineses supply chain by inspecting it.

For some magnets are used huge quantities of rare earth whose process chain is covered with high environment and industrial safety risks. China is a global leader in the mining and manufacturing of those rare earthes, however the subject is a very sensitive one in China – they don't like an interference from abroad. The supply chain from mines to smelter plants is mainly controlled by six big state-owned enterprises.

Right from the start we approached the subject systematically and took an experienced expert into our team: the Berners Consulting GmbH from Stuttgart, who firstly sent their Chinese supplier-expert to the Chinese plants for a „business“ audit. During this audit the focus not only was on production and quality but first of all on the structures and the decisionmakers. Miriam Fritz, responsible for the Supply Chain Manangement at Berners Consulting, managed the project right from its beginning. The first questions were: who are the suppliers and where do they produce? Are they manufacturers or only trade organisations? Which significance does the customer Brugger GmbH have to them?

During the first visits in 2013 these questions already could mostly be answered. Some results were surprising, however encouraging and confirming the good basic work of the previous years. „The confirmation of having already a good basis with our suppliers in china, of course were good news, especially to our purchase team, which had built this basis in a long distance relationship“, so Thomas Brugger. „Immediately our next question raised: how can we work together on that good basis in order to get more transparency and Corporate Social Responsibility (CSR) at the purchase from China?“

In order to answer this question we defined profound business objectives: The existing contacts first should be put on a business level and as a consequence thereof become a personal and strategic suppliers relationship. At the same time, by a CSR-Project, should be tackled the improvement of environement and industrial safety protection in the supply chain. The CSR-Project started in spring 2014 and received in an early stage a co-financing by the German Ministery for Economic Cooperation and Development (BMZ). For applying this funding, WIN=WIN, an agent specialised on the DeveloPPP-Programm, was engaged and accompanied the whole process.

For the CSR-Project an interdisciplinary team with German and Chinese experts was created and coordinated by Berners Consulting (in German, English, Chinese). Leading Chinese experts in environement and industrial safety protection assured the implementation on site. „The involvement of Chinese experts was an essential success factor in order to reduce the inhibition threshold of the Chinese actors and to avoid the impression of a too strong involvement from abroad“, so Thomas Brugger. With the idea of a limited involvement we succeeded also in obtaining a visit for one of our Chinese suppliers at China's biggest rare earth-mine, without asking for access in this sensitive area as a „foreigner“ - we later got a report including pictures about that visit.

For the BMZ it was important that the funding would be used before all for direct but sustainable improvements in social, ecological and safety standards, concisting of CSR-Audits, trainings for employees and management, physical investments as well as more transparency.

Georg Brugger-Efinger: „The fact, that we supported financially those physical investments of our suppliers, was of enormous importance. The suppliers obtained new knowledge and ideas for financial manageable but effective improvements. The initiative's credibility was increasing noticeable“. Thomas Brugger adds: „We would have done the CSR-Project even without BMZ-funding, but in a smaller edition. The suppliers would have had to finance the physical measures completely by themselves which would have been an enormous raise of the inhibition threshold“.

With the start of the CSR-Project we did our first travel to China early in 2014. „We wanted to see the reality in a manner in which the Chinese business partners won't lose their face“, explains Thomas Brugger. Besides announced visits on plants we did some unannounced – the confidential communication and good relations with the Chinese contact persons allowed us this spontaneity. In turn the suppliers were impressed by our strategic and personal performance in „blackforest business style.“

Miriam Fritz: „The Brugger-Team appeared in China with an impressing motivation, openness and authenticity, which gave the project from the Chinese's viewpoint a high credibility and sense. The appreciation, which Brugger showed as customer and strategic partner, was decisive for the following success“. The results of this first travel were encouraging. But only during the next months we would learn if this project was the right decision. The question remained: Will the Chinese suppliers suit their action to their words? Despite our project implementation and the funding through BMZ the project represents huge efforts for the suppliers with regard to the training, to physical measures as well as to the required transparency in the chain of delivery. The point was not a unique achievement of guidelines but a long determined and proofable changement regarding sustainability. As an incentive for obtained interim goals, the chinese enterprises will receive Audit-Certificates („CSR-Certificates) in bronze, silver, gold and platinum.

„The first reactions to our proposals differed from great surprise until the understanding that this is something really important and is concerning the long-termed individual quality of work and life“, remembers Georg Brugger-Efinger. Although the chinese laws for environment and industrial safety protection in the meantime are nearly compatible to German ethical ideas, however, their realisation is still weak.

After our second visit to China, the suppliers had to decide about signing the participation in the CSR-Project, which would mean to cooperate for the next two years in trainings, improvement measures and audits. Soon later the surprising result arrived: all four contacted suppliers wanted to participate. No one had counted with such a resounding success – neither calculated. „This nearly broke our budget“, resumes Thomas Brugger, „but now, as everybody demonstrated willingness, we didn't want to move back“. Herewith the work for the chinese CSR-experts of Nanjing University started. The leaders, middle management and simple employees of our suppliers were trained in the subjects healthyness, security and environement protection. „The training and education were completely payed by us“, notices Thomas Brugger. „With the absorption of costs we assured quality and liability of the training. Another part of the BMZ-funding was used for environement and industrial safety measures.

The first audits didn't require a lot of action regarding „legal compliances“, however besides, there could be found some potental for improvement. „There couldn't be found dangerous risks or severe deficiencies; but obviously remained some scope for improvements in the areas CSR-system, environement, health and security. Of course, none of the Chinese suppliers had already established a CSR-system until then“, resumes Miriam Fritz. „We hope, other Chinese manufacturers would apply for CSR-programs and moreover, that in turn they would make their suppliers sensitive for the subject and take influence on them“.

After three years of supplier development and nearly two years with the CSR-project, Thomas Brugger comes to a positive conclusion. „Three years ago we had no relations to our Chinese suppliers. Now we know the persons, the enterprises and we have the good feeling, that together with them we are on a good path. We became partners. Of course, there ist still a lot to do, sustainable purchase in China is not a child's play. But by now we are able to judge where the risks are, how to reduce them and which partnerships we can build up“.

One of the next steps will be the expansion of the initative to other German enterprises and the building up of an auditing system and a label for sustainable produced magnets, which for example could be named „fair magnet“. In order to reach this aim we are looking for allies in our branch. Georg Brugger-Efinger: „Of course, we could wait until others create such an auditing system. But who knows, perhaps others are already working on it and we just don't know about it. We could join each other!“

The final words come from Thomas Brugger:“The most important in this project is not the perfect solution but doing steps in the right direction. Already the awareness of this subject at the suppliers can move something: opening eyes, creating consciousness. We must not forget: We also needed our time to understand and change things“.